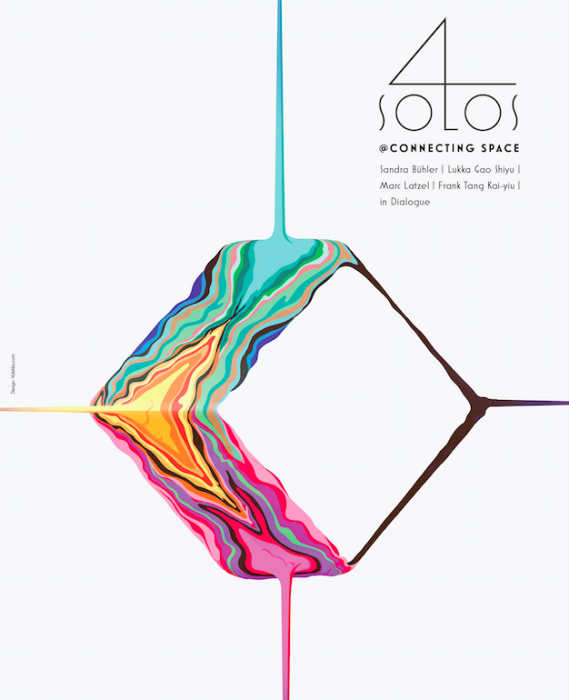 The exhibition 4 Solos @ Connecting Space brings together works by two Hong Kong-based and two Zurich-based artists, reflecting their stay in the opposing city. Presented as four simultaneous solo exhibitions, the heterogeneous practices nevertheless enter into dialogue centered on the common issue of confrontation with alterity.

The Zurich-based artist Sandra Bühler presents two cinematic sketches: in Mitch and Alfred (2014), Mitch reports from the no man‘s land, the Chungking Mansions, where his identity gradually slips away in a maze of dreams and reality. In Do you hear the people sing? (2015) an artist enters the theatre of the Umbrella Movement, trying to decipher what has happened in Admiralty and Mong Kok after 38 days of protesting.

In her exhibition, Lukka Gao explores the topic of identity and encounters with foreign cultures through the lens of science fiction. In the two installations Fear and Desire in 1:12 (2015) and Everyone but Hong Kong Sinks (2015), the artist builds fantastical metaphors to tackle the often ugly and challenging questions that arise in situations of cultural exchange.

The Zurich-based photographer Marc Latzel shows a photographic mosaic that investigates the distinct tones and colour temperatures his professionally trained eye discovered in Hong Kong. His photographs capture the viewer’s attention with their enigmatic composition, revealing hidden patterns and associations in everyday life.

The exhibition of Hong Kong artist Frank Tang presents the artist’s response to his artistic residency in Zurich last year. Through the various traces of the cityscape shown in this exhibition, the artist encourages the viewer to reflect on the relationship between humans and nature, a relationship that is no longer very present in the daily life of big cities such as Hong Kong.