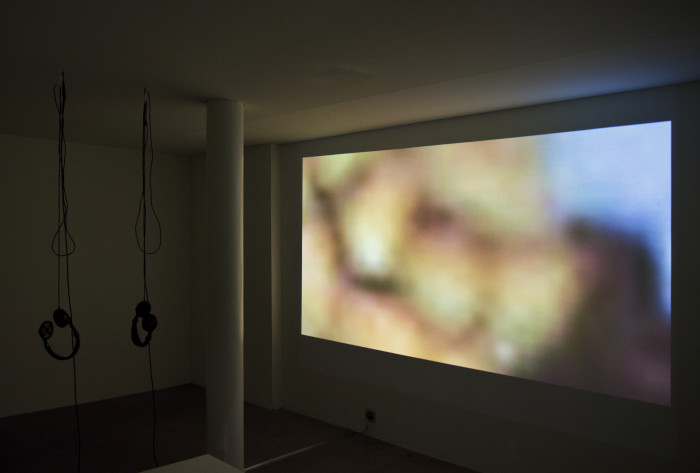 “Is It (Y)ours?” is an exhibition about public space, art, sound and pop in Zurich, Hong Kong and elsewhere.

Who owns the public space? How can we formulate accords and disaccords, how develop alternative utopias? And how do communities, strategic alliances and movements deploy? How do artists shape their right to participation? And how do artists intervene in Cape Town, Hong Kong, Bern, Zurich, Berlin, Cairo?

There are circumstances that do not tolerate social and political procrastination. They let people come together for a rally in public or digital space. People forming for a demonstration are driven by an energy, which is characterized by a mixture of optimism, demand, movement and persistance. Depending on their intensity and urgency they have a positive, celebratory character, or a disturbing, driven one. The place of the rally in public space is therefore also interpreted as an area of appropriation. Digital space is a media and a means of communication, co-producing spatial practices.

Political activism and social dynamics are cultural catalysts, inscribing into the aesthetics of the present and constituting them in a new way. Pop culture here has a special significance, since it can be an expression of criticism of society and politics, but at the same time it is part of this society, be it as a subject or actively shaping it. Pop can also achieve a clear aesthetic effect, supporting the auditory content visually. Pop culture and political activism participate, on an aesthetic and musical level, in producing social and political upheavels, they are identity-establishing for whole social broups and their concerns.

“Hong Kong Inserts” addresses in this framework an artistic debate around urban space, making fault lines between public, private and digital space, between high and low a subject of discussion specific to their context. In the anonymous, extreme architectural and temporal densities of the cityscape of Hong Kong, individual bodies – often associated with music in motion – actively appropriate their habitat in an utopian way. The exhibition project shows these aesthetics, energies and intensities, remembering what is possible without blurring specific conditions. Urban situations are shown with the aesthetics of pop and sound, turned ironic and re-interpreted.

“I Think It Rains” Presentation

Date and Time: 20 March 2014, 1:30pm
Speaker: Daniel Kurjakovic, curator
About: A presentation on “I Think It Rains” – a long-term platform originating in a collaboration between Burger Collection and 1a space